In order to accomplish the summing and monitoring of the multiple Pro Tools | HDX systems, Scrub also supplied a custom-configured DAD AX32. The DAD AX32 is fed MADI from two permanent Pro Tools systems which is then routed out for Dolby Atmos processing, back into the 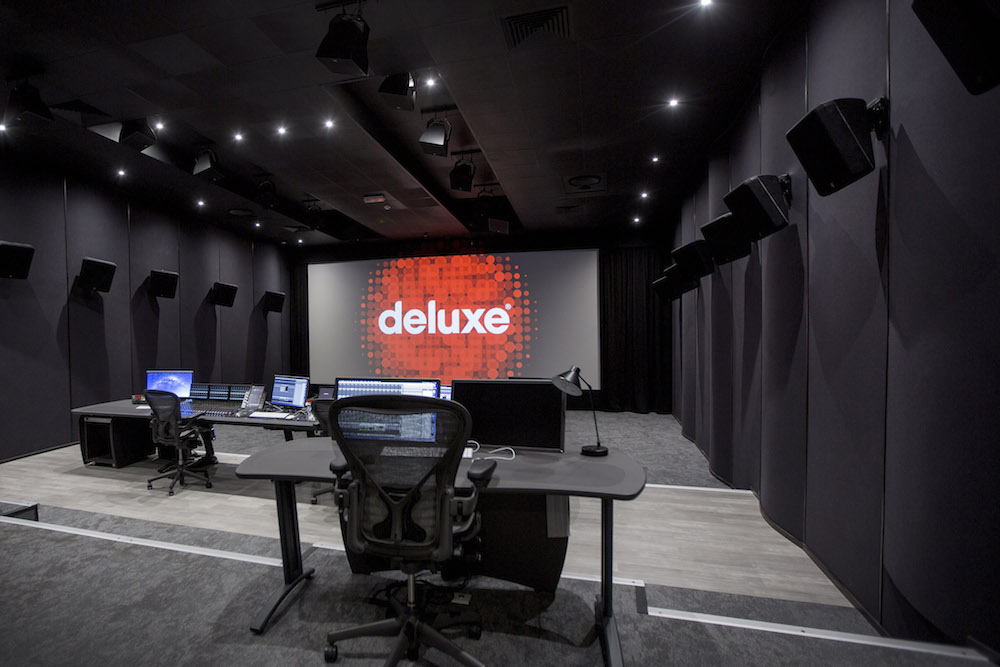 AX32 before being distributed to the amplifiers. The DAD Pro | Mon software allows for complex stem monitoring configurations and is controlled directly from the S6 M40 Master Touch Module touchscreens. With room to spare, the DAD AX32 has capacity for an additional two Pro Tools rigs to be connected via MADI when larger jobs are in.

A wide range of other hardware and software solutions completes the facility, in addition to the decommissioning and reinstalling of the equipment from the Deluxe facility in Denham, Buckinghamshire. In total, Scrub moved three 32-fader D-Control consoles and an Avid ICON D-Command ES control surface.

Mark Sheffield, Director, Audio Operations, Deluxe Media Audio, says: “We had a two week window for the move from the facility in Denham to Perivale Park. We had to move three old consoles and install the new S6 as well as install all the Pro Tools systems and all the peripheral gear. Scrub came in and got the job done within those two weeks. We finished the install and the alignment of the rooms on a Friday evening and we were mixing our first set of feature films on a Monday morning.”

Devin Workman of the Scrub sales team says of the install: “Scrub has a long relationship with Deluxe’s UK Media Audio division, having previously installed ICON systems and helping in upgrading to HDX. We are thrilled to have been part of this project and continue to support Deluxe Media Audio at the new site in Perivale. The combination of dual operator S6, DAD AX32, Dolby Atmos and IHSE Draco KVM extenders makes their Theatre 1 on the cutting edge of integrated technology. They set a tight delivery schedule but with the help of our experienced support engineers, we were able to help deliver and allow the staff to hit the ground running at the new facility.”

This website uses cookies to improve your experience while you navigate through the website. Out of these cookies, the cookies that are categorised as essential are stored on your browser because they are essential for the basic functionalities of the website to work. We also use third-party cookies that help us analyse and understand how you use this website. These cookies will be stored in your browser only with your consent. Please note, disabling some of the non-essential cookies may have an effect on your browsing experience.

These cookies allow us to recognise and count the number of visitors and to see how visitors move around our website when they are using it. This helps us to improve the way our website works, for example, by ensuring that users are finding what they are looking for easily.

These cookies are used to recognise you when you return to our website. This enables us to personalise our content for you, greet you by name and remember your preferences (for example, your choice of language or region).

These cookies record your visit to our website, the pages you have visited and the links you have followed. We will use this information to make our website and the advertising displayed on it more relevant to your interests.